Although car people love to spend time and money on their cars, they all too often forget to properly value their car for insurance purposes. Dollar after dollar goes in, but never gets properly documented so that if a catastrophic event strikes, the real cost of putting the car back together gets paid by the insurance company. As collector car owners ourselves, we understand the importance of our product first hand. Fill out the form on the right to get started on your on-site Baldwin City, KS car appraisal.

Baldwin City is a city in Douglas County, Kansas, United States about 12 miles (19 km) south of Lawrence and 15 miles (24 km) west of Gardner. As of the 2010 census, the city population was 4,515. The city is home to Baker University, the state's oldest four-year university. 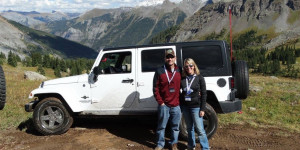